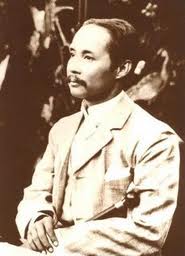 Chulalongkorn Day, on 23rd October, commemorates the death of King Rama V. Wreaths are laid at the Equestrian Statue (see right) at the Royal Plaza in Bangkok to pay homage to his memory.

October 23rd is a national holiday in Thailand to mark Chulalongkorn Day. The public holiday commemorates one of Thailand’s most revered kings, King Chulalongkorn (Rama V), who passed away on October 23rd 1910 at the age of 57. He had ruled what was then Siam, for 42 years.

Born in 1853, Chulalongkorn came to the throne when he was just 16 years old. His long reign proved to be one of foresight and modernisation. At a time when colonial powers such as Britain, France and Portugal were extending their influence in Asia, King Chulalongkorn managed to keep Thailand independent with a clever mixture of diplomacy and leadership.

The King modernized government and streamlined the administration of the country by dividing it into provinces and districts. He abolished slavery and replaced the traditional lunar calendar with the Western calendar. Siam was a Buddhist country but he made it clear that other religions (including Islam and Christianity) should have the freedom to practise without fear of persecution. Communications in the country were improved greatly with the introduction of postal services, the telegraph and the construction of Thailand’s first railway